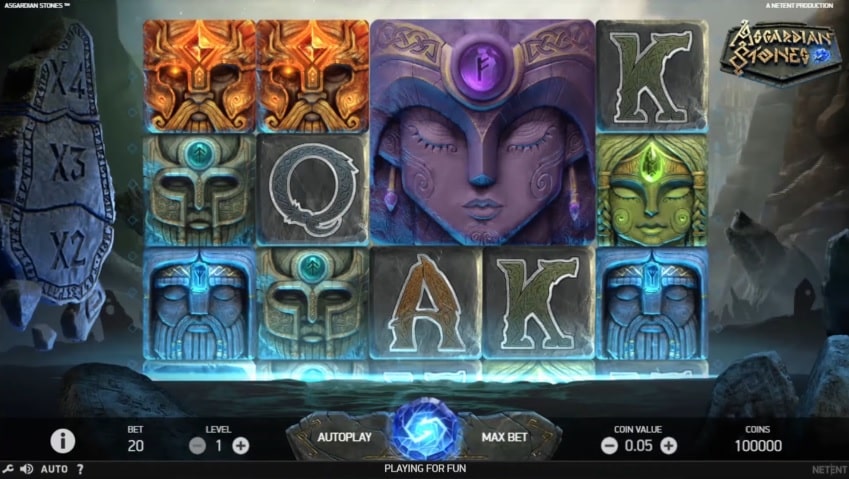 The Asgardian Stones are a mysterious artifact left by the old gods, guarding the entrance to the realm beyond this mortal world, and leading those who are worthy to join the feasts that take place in Valhalla. To reach the path that will take you straight to the golden halls of the divine city, you must first solve the puzzle that has been laid before you, and try to win as many coins as you can in the process. Because it’s a wonderfully entertaining video slot after all, and Net Ent has put a whole lot of work into it, so that players could enjoy the many attractions that would be unfold really soon. The video footage truly captures the astounding detail of the game's concept. The slot machine is going to be delivered on the 22nd of February to all online casinos powered by the Net Entertainment technology, which means that one can already pick up the game as soon as the game launches on that day. Consisting of 3 rows, 5 reels, and 20 fixed lines, the betting experience will certainly be of colossal proportions, all thanks to the many bonus features that will extend the sessions with their intricate solutions. The early footage clearly shows that Asgardian Slots will have a whole lot to offer its viewers, starting with the Avalanche feature, a Bonus Wheel, Free Spins, Colossal Symbols, and Wild Substitutions. Be one of the first to enter the sacred realm of the gods, and share some of the spoils that every victory is going to bring from now on. It might help to prepare for the journey, by collecting a few coins while playing a few other games from the software catalog, including many of the NetEnt's cult classics.