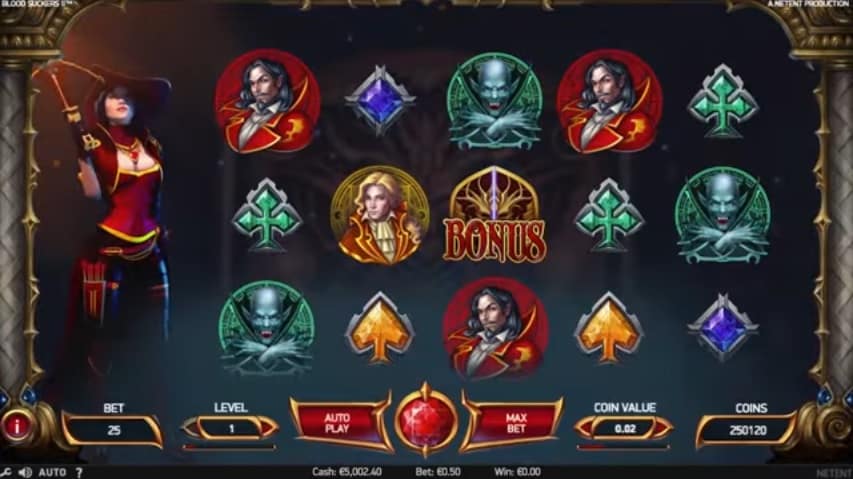 Blood Suckers II is the working title of a new video slot, which NetEnt plans to release on the 12th of October, just in time for this year's Halloween. As the title suggests, it will be a sequel to a previous game that Net Entertainment had developed in the past, which proven to be quite popular with the online community. As players may expect, it will come with a unique vampire setting, with the huntress as the main protagonist of this horror influenced story. Players will be able to explore the hidden corridors of a Gothic castle, full of ancient creatures that want to prey on the blood of the innocent. There is much to gain from this, as one is going to find out soon. As the early video footage shows, the game will have fantastic graphics, with animated concepts that will continue even during the breaks between placing bets. The Blood Suckers II video slot will be based on a 5 reel – 3 row framework, with 25 fixed lines available throughout the gameplay. Various bonus sequences can trigger during the experience, taking the players to other chambers and halls of the dark keep. Hidden treasures and unknown treasures await, offering the trespassers a chance to find here fame and fortune, or traverse the darkness into their own doom. As every other advanced casino game, this one will also be fully supported on mobile platforms, offering a quick dose of terror and entertainment, accessible from every handheld device with a stable internet connection. All of the adventurers out there might want to prepare, because monsters do not sleep and it will take everything to defeat the evil within. Net Ent has already posted some info on the BloodSuckers2 slot, along with videos depicting the actual game and its highlights.