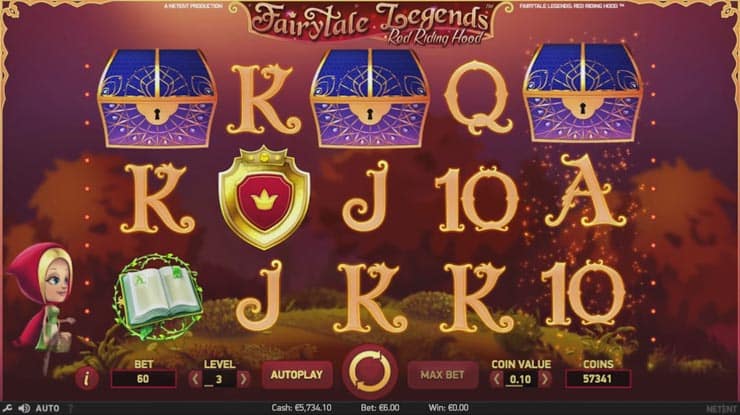 The next casino game for September has not even been launched yet, but Net Entertainment has already announced its October 2016 video slot. Titled as Fairytale Legends: Red Riding Hood, this magical slot machine has been inspired on the classic fables and fairy tales of old. An extremely nice and visually pleasing game, the Fairytale Legends Red Riding Hood will focus on the story of a little girl and the big bad wolf, just as the title clearly suggests. Though this time around, it would be a pleasant trip, full of surprising wonders, which happen because of the magic woven by some friendly fairies. The Big Bad Wolf is still hiding there somewhere, as one of the most recognizable and feared antagonists from such well known fables. You must lead the Red Riding Hood straight to grandma’s house and avoid all kinds of dangers that might be lurking inside the dark forest. Random Features and other magically appearing bonuses will make the game even more enticing that it already is, creating a fantastic experience that cannot be described by mere words. Customizable options such as the bet level and coin value are systematically implemented into the standard framework of every digitized slot machine from NetEnt, as they allow to better tune the stakes to a more personal taste. This wonderful video game is going to be introduced to every online casino powered by NetEnt software, no sooner than on the 24th of October 2016. This will eventually provide an alternative way to entertain oneself with all the fantastical options that this visual production is certainly going to represent. In the meantime, it would be best to check out the upcoming video slot, as it is going to bring an original blend of animations and graphics, which are already a trademark of this studio.