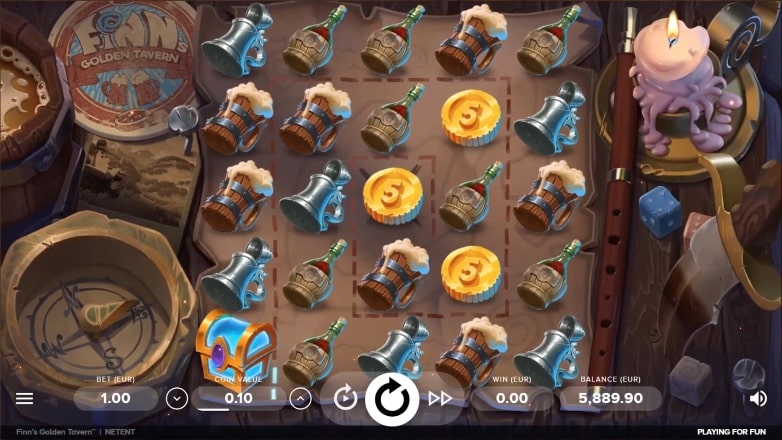 Finn's Golden Tavern is one of the upcoming new video slots on which NetEnt is working so hard right now; planning to release this wondrous piece of software before the winter holidays finally settle in for good.

The day of this slot's premiere has been set to the 4th of December 2019, which leaves only a little time left before it hits all Net Ent powered casinos, while there will be plenty of other games that have their launch dates in the meantime – so keep your eyes peeled for any news regarding other amazing slot machines from the same company that's developing this one.

Net Entertainment is one busy studio; it has even begun releasing two new video slots every single month, which should definitely make all players happy. Especially those who are fans of this kind of entertainment will be eager to try those new games, starting with the Finn's Golden Tavern – which is a continuation of the previous title that introduced us to our leprechaun friend. Enter the tavern and warm your feet nearby the fireplace, all the while taking a sip of the bartender's finest mead and spirits. The games will involve a lot of spinning, and even the swirly spiral spin is going to make a comeback, which should efficiently aid the players in collecting more bonuses on their many future quests and fantastic online adventures.