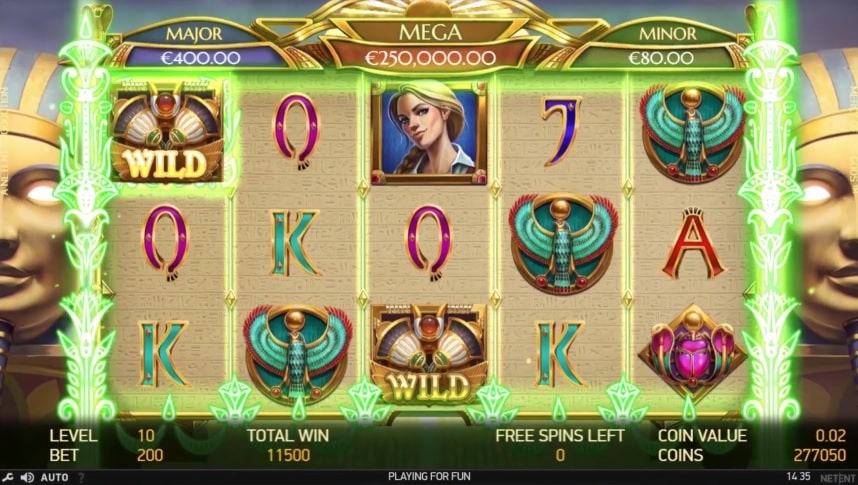 Mercy of the Gods is a fascinating new game that will be introduced by the NetEnt studios on the 4th of July this year – just in time for the summer holidays. That is because the video slot features a particularly cool theme, or rather a hot one, because it takes place in Egypt; at one of the dig sites.

What can possible be better than spending some time in the sun; all the while learning more about this planet. Following the adventures of a team of archaeologists lead by a charismatic lady, the game focuses on the mysterious pyramid; and anything that could be found inside.

There is definitely something, because the scientists have gathered to discuss the possibilities of the toms hiding some long forgotten secrets. That is however, what the players will be tasked with; uncovering the truth behind the artifacts and completing the ancient puzzles to reveal any of the potential treasures. Venture deeper into the pyramids and locate the portal that could be leading to the realms of the old gods like Anubis or Isis – the Goddess of Life. Special gifts may include free spins, re-spins, scatters and wilds, but of course there are other bonuses as well. This fascinating slot machine is going to expand the evolving software catalog of adventure games – a trademark of the Net Entertainment studios.