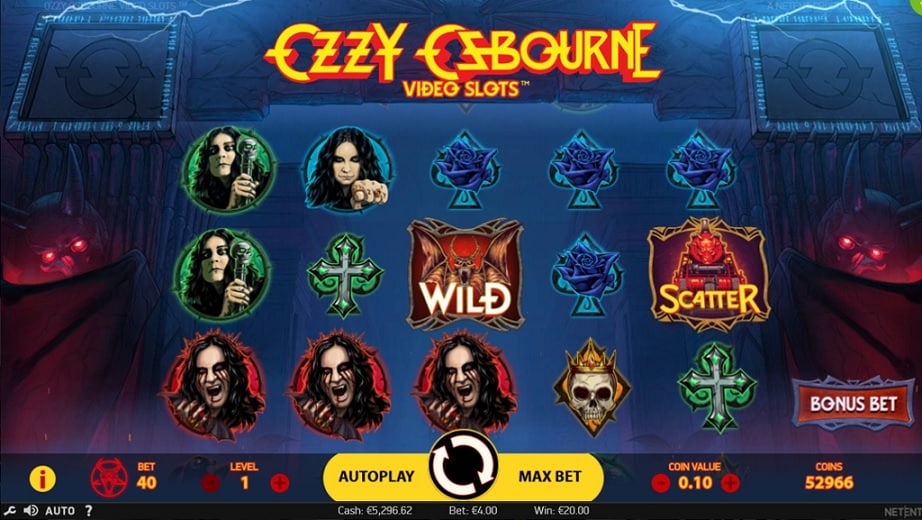 Ozzy Osbourne has made it to become a star of its own video slot; dedicated to his evil stage persona that will be prominently featured in this fabulous NetEnt game. The Net Entertainment studio is no stranger to such games either; after all – it has already developed quite a few of successful video slots with other legends: Jimi Hendrix, Motorhead, Guns N' Roses.

The online casinos will finally have the chance to introduce their players to the Prince of Darkness, and bring them lots of free spins to play this amazing new game. Various other bonuses will also be added – with a couple of surprises left, but you must play the game to uncover them all.

The Ozzy Osbourne slot is going to arrive on the 21st November this year, so you should expect the arrival of the famous Black Sabbath singer on that particular day, plunging the world into a dark festival of its legendary songs. This will be a treat not only for casino enthusiasts, but also music fans from all over the world – who can expect to hear their favorite songs from Ozzy's back catalog to appear during the gameplay. Of course, there will be tons of bonuses and special rewards too, and those are only few of those things.