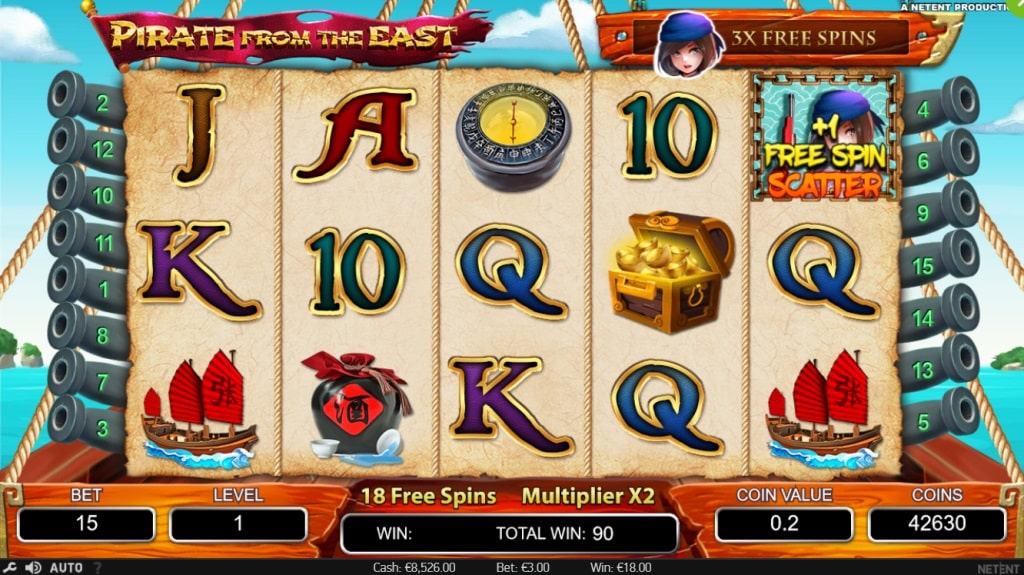 Pirate from the East is this absolutely fantastic new video slot that you can play at any NetEnt powered online casino, with more of the usual bonus features and extra free spins to increase your chances of winning. And there are lots of golden coins to be won; in fact, the Pirate from the East slot allows its players to win up to 360 000 coins on a single bet line.

It is quite the feat, and the game introduces plenty of other traits that are going to make things quite exciting. Join the band of pirates and sail into the open seas, searching for treasure islands and fighting sailors for riches and fame. The game itself and its visuals have been inspired by Chinese comics and animations, giving it a unique look that should appeal not only to casino players, but fans of video games in general. The slot machine is packed with the standard bonuses that normally appear in most Net Entertainment games, and so will contain such features as the clickable scatter symbols, wild substitutions, free spins, scatter wins, and other bonuses – all generated through its friendly online setup. Speaking of which; there are 15 fixed lines and 5 reels available in this game – which has been released on the 9th December.