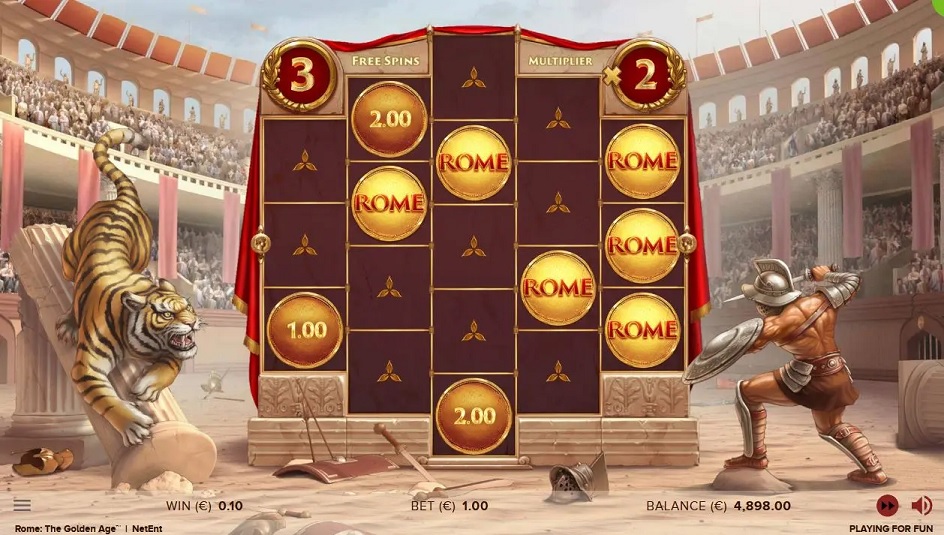 Rome: The Golden Age is the official title of a new slot, that NetEnt plans on releasing very soon. That, and of course everything else that the studio is preparing for its players this year for there are many more new games to come. Learn even more about this new slot through the studio's channel.

That's not everything however, so stay tuned for more updates on that. If you wish to continue your adventures, then sign up with any of the top online casinos. Make sure if they have that Net Entertainment powered seal, so that you can play their other games. Enter the circus maximus and witness the gladiatorial tournaments first hand and in real time online mode.

Rome: The Golden Age slot appears to be all about the ancient Roman culture, especially the entertainment. The bloody sport that often resulted in death, was a spectacle for the hungry crowds. As grim as that sounds, there were even other attractions that were just as brutal, if not more. Fortunately, you can safely play this colorful game, and do not worry about getting harmed. Expect to see this game on the 9th of February 2021, which is the official date of the premiere, set by the Net Ent company, as stated on its website.