SlotV has brought you one of its best tournaments right now – the one with Space Pirates and a plethora of fantastic slots to compliment its theme. Get to win lots of comp points, which will be distributed accordingly to the points collected during this exciting competition. And there are many of those, with a total pool of 3,635 CPs, which you can enjoy upon winning the tournament. This competition runs between May 28th and June 3rd, 2018, so you have plenty of time left to opt in and participate in it. Get ready to blast off into space, but be aware of space pirates, and other ruffians that will be roaming about to share the spoils. Slots featured in this promotion are: Space Wars, Elements: The Awakening, Starburst, Girls with Guns: Frozen Dawn, Warlords: Crystals of Power, Space Corsairs, Leagues of Fortune, Agent Jane Blonde, Hitman, Loose Cannon, Kang Aliens, Alien Robots, Lucky Pirates!, Drone Wars, Odysseus, Ghost Pirates, Girls with Guns, Glow, Electric Diva, Hook's Heroes, Robin Hood: Shifting Riches, Robo Jack, Demolition Squad, Cosmic Cat, Boom Brothers, Galacticons, Phantom Cash, Attraction, Super Wilds: Earth's Wildest Superheroes!, Nrvna: The Nxt Xperience, So Many Monsters, Devil's Delight, Cosmic Fortune, Thief, Star Dust, Lara Croft: Tomb Raider, Star Scape, Hellboy, Tomb Raider: Secret of the Sword, Karate Pig, Lucky Zodiac, Magic Portals, Big Bang, What on Earth, and Steam Punk. 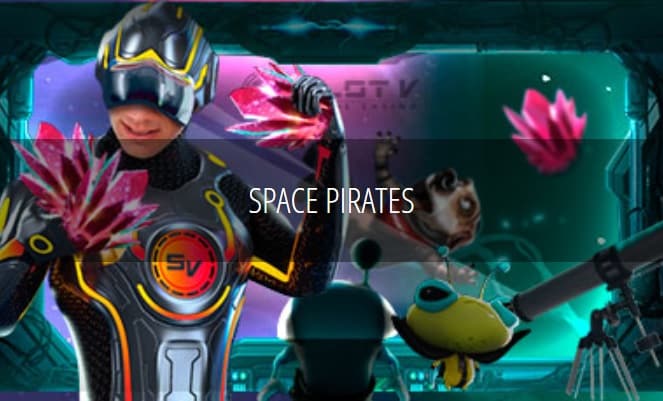