When Pigs Fly: the next NetEnt video slot

When Pigs Fly: the next NetEnt video slot 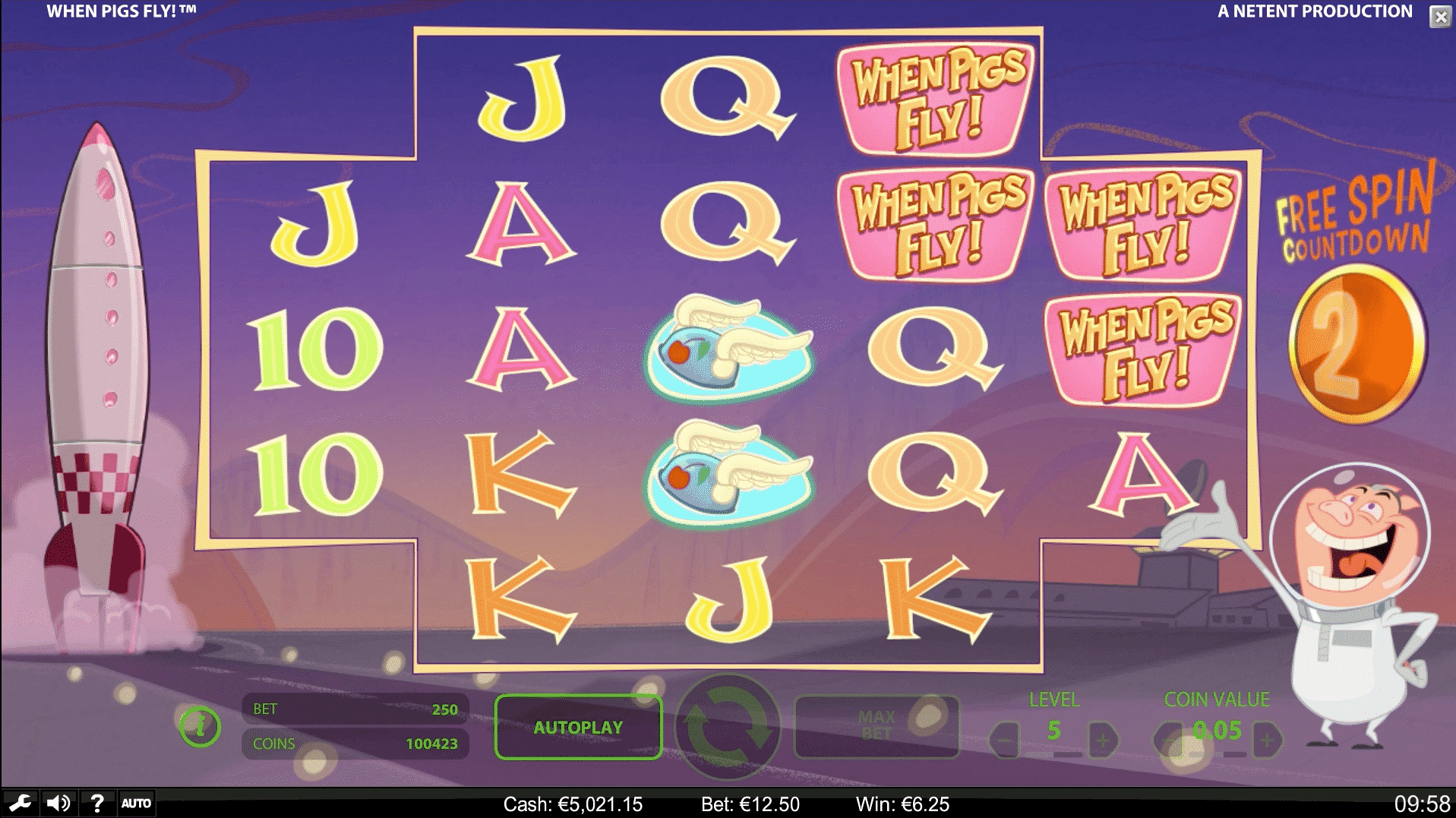 The latest slot machine form NetEnt has just been released, while the studio already announced its plans for the next original production. Titled “When Pigs Fly”, the game would bring a creative way to enjoy the basic slot mechanics during a gameplay that will attract not only fans of the genre. Such an exquisite name should already make you think, as it can clearly be perceived as quite the app by itself. Not only the game features a piggy in a space suit, but it also features lots of other wacky animations that are sure to bring a smile on your face. This uniquely creative video slot will feature original animations, based on a popular cartoon style that utilizes such ideas as anthropomorphic animals and various fantastical tropes. Fluent animations are always a staple of the software delivered by Net Entertainment, so one might fully expect that this game will be able to deliver as much of powerful gaming as it aims to. One may already view the introduction to the When Pigs Fly slot, as a short video about the animated options has just been uploaded by the company. This slot is going to contain some extra bonus content, including Free Spins and Re-Spins as well as Wilds Substitutions. It is definitely worth mentioning the fact that there would be 3125 Ways to Win, which is quite a lot of different paths to take when going after the winnings. The video material available online, showcases also a different setup of the reels, which can also make the experience much more interesting to begin with. In order to launch the pig astronaut into space, one must first hit the right combination, but when this occurs, there would be an animated short that delivers a quick insight into the story. That however, you must witness for yourself see When Pigs Fly hit the market on 21 July 2016.